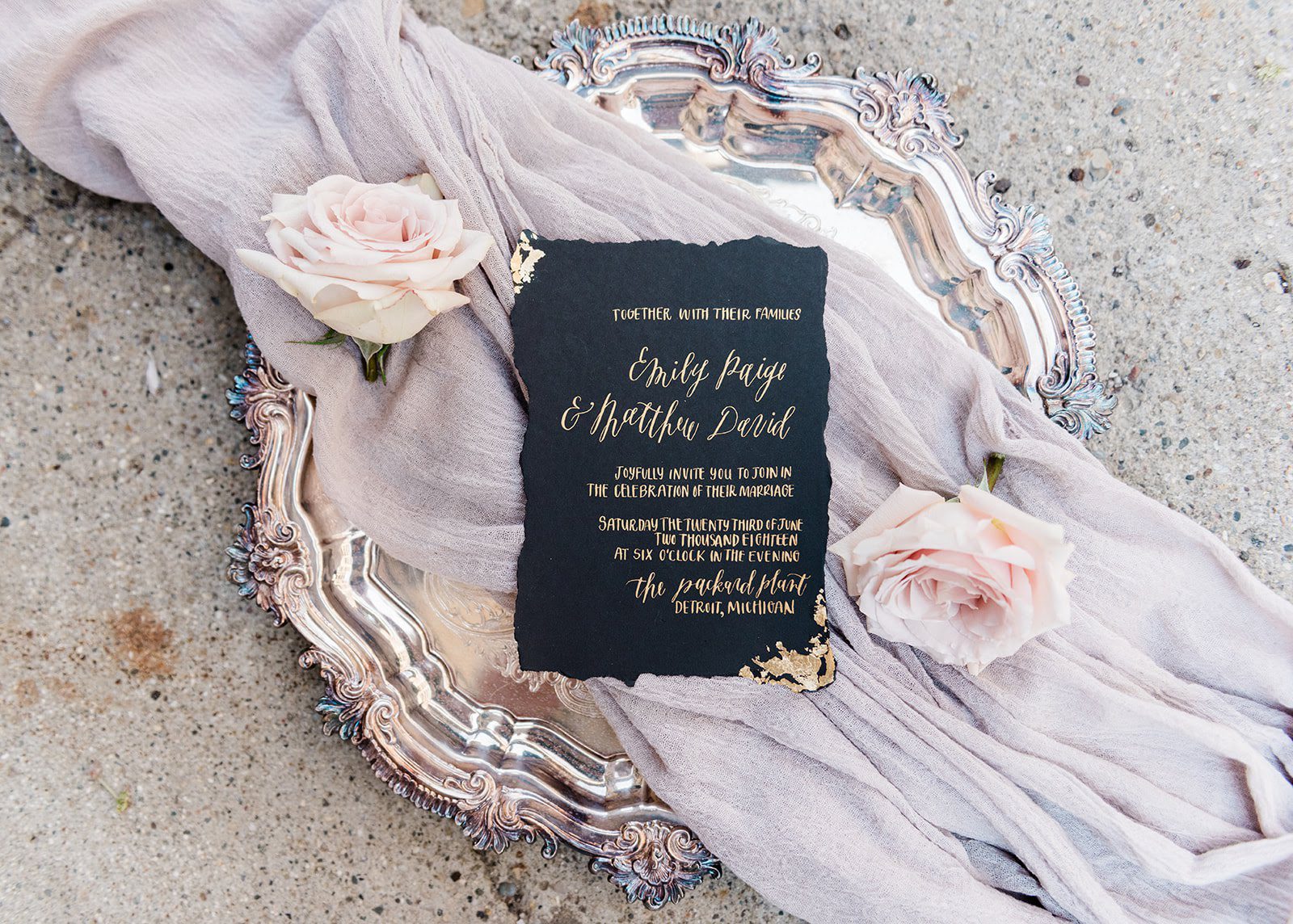 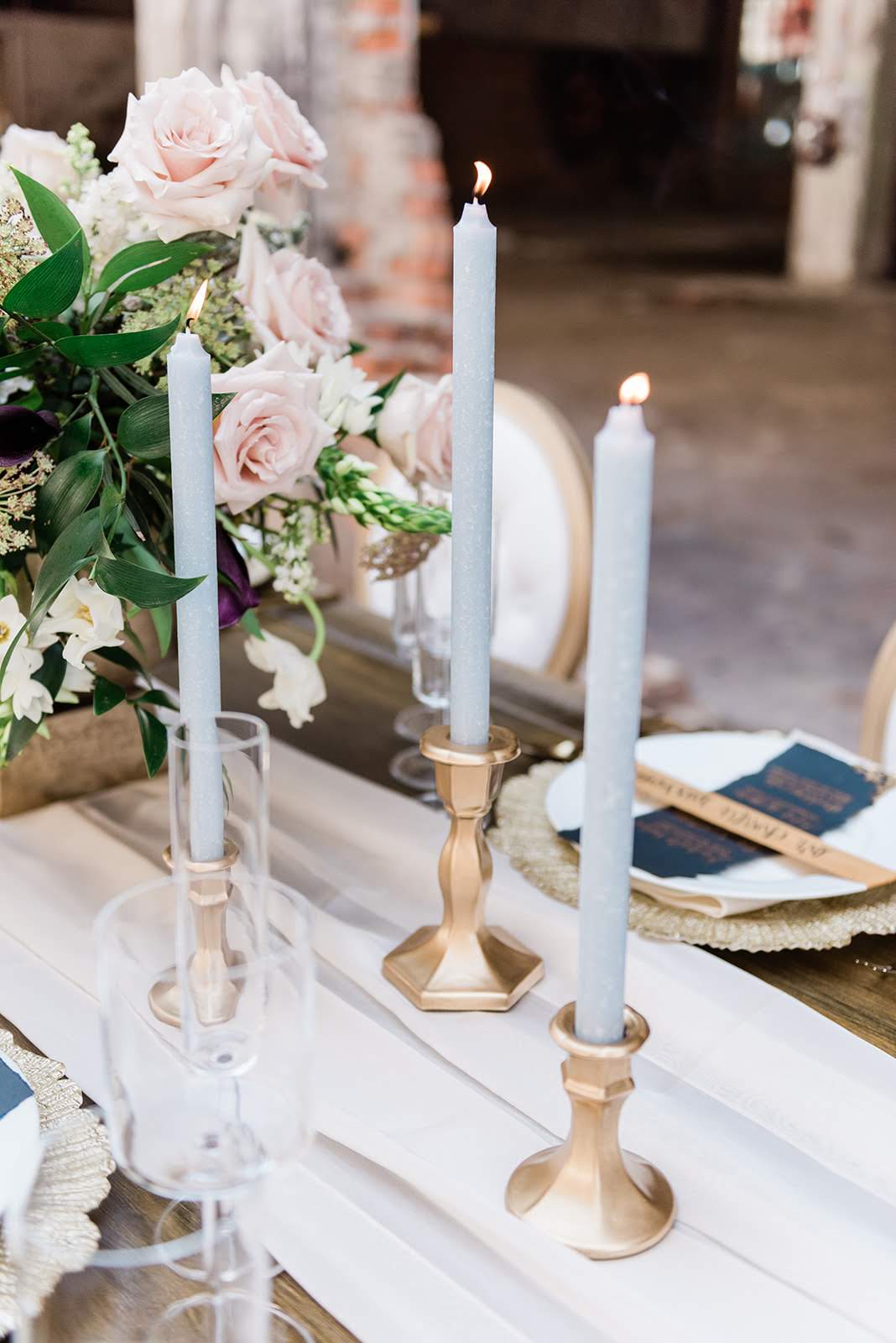 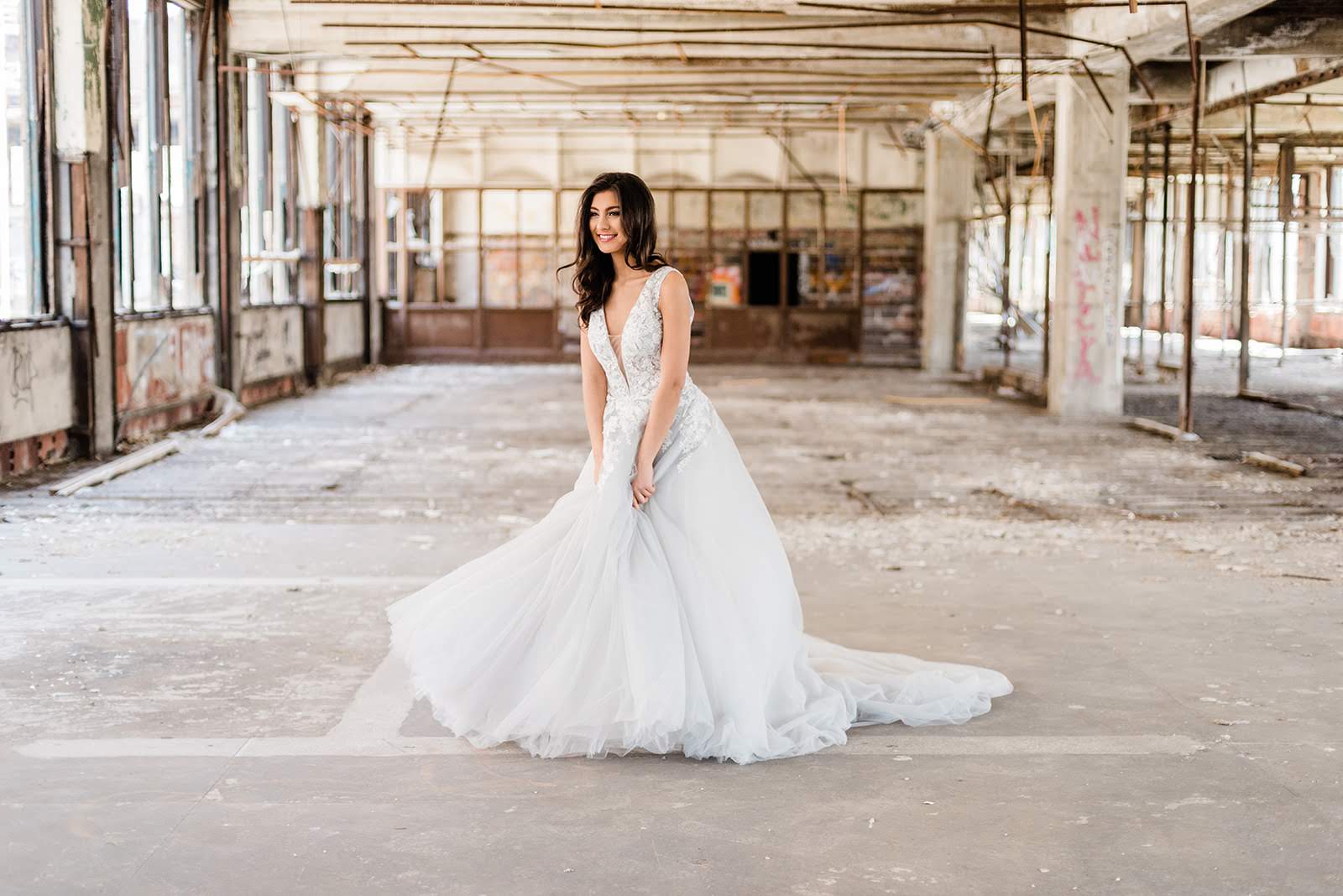 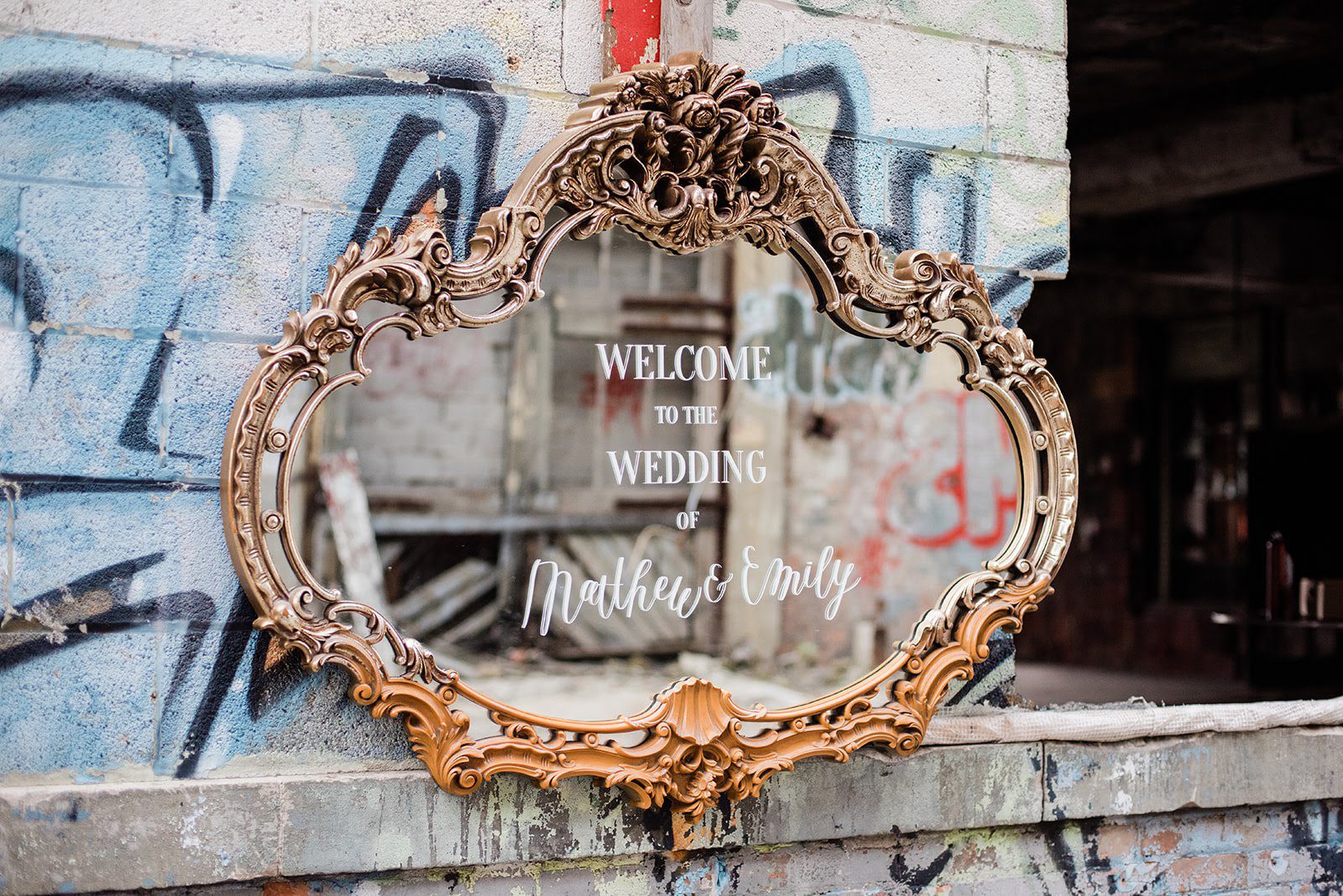 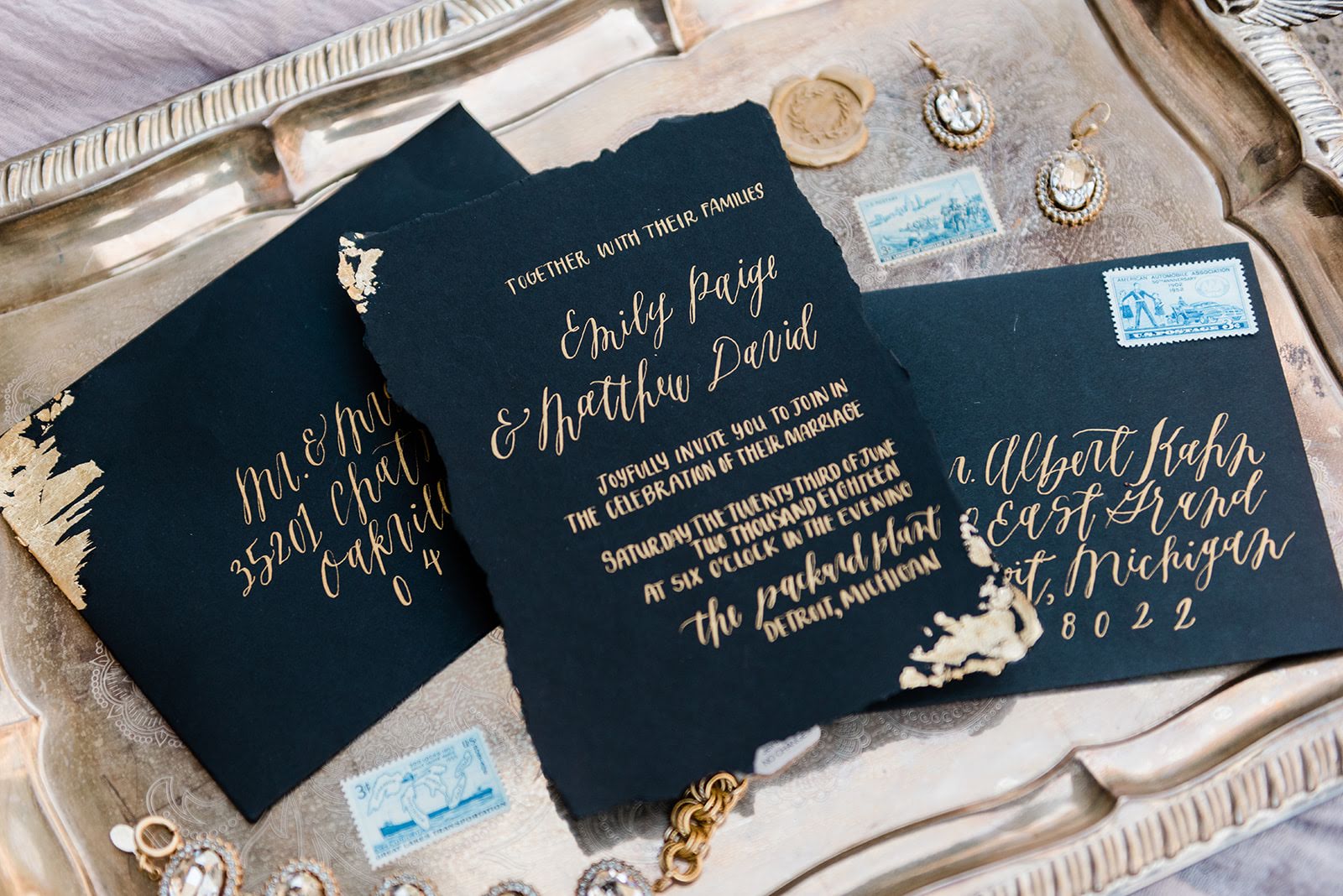 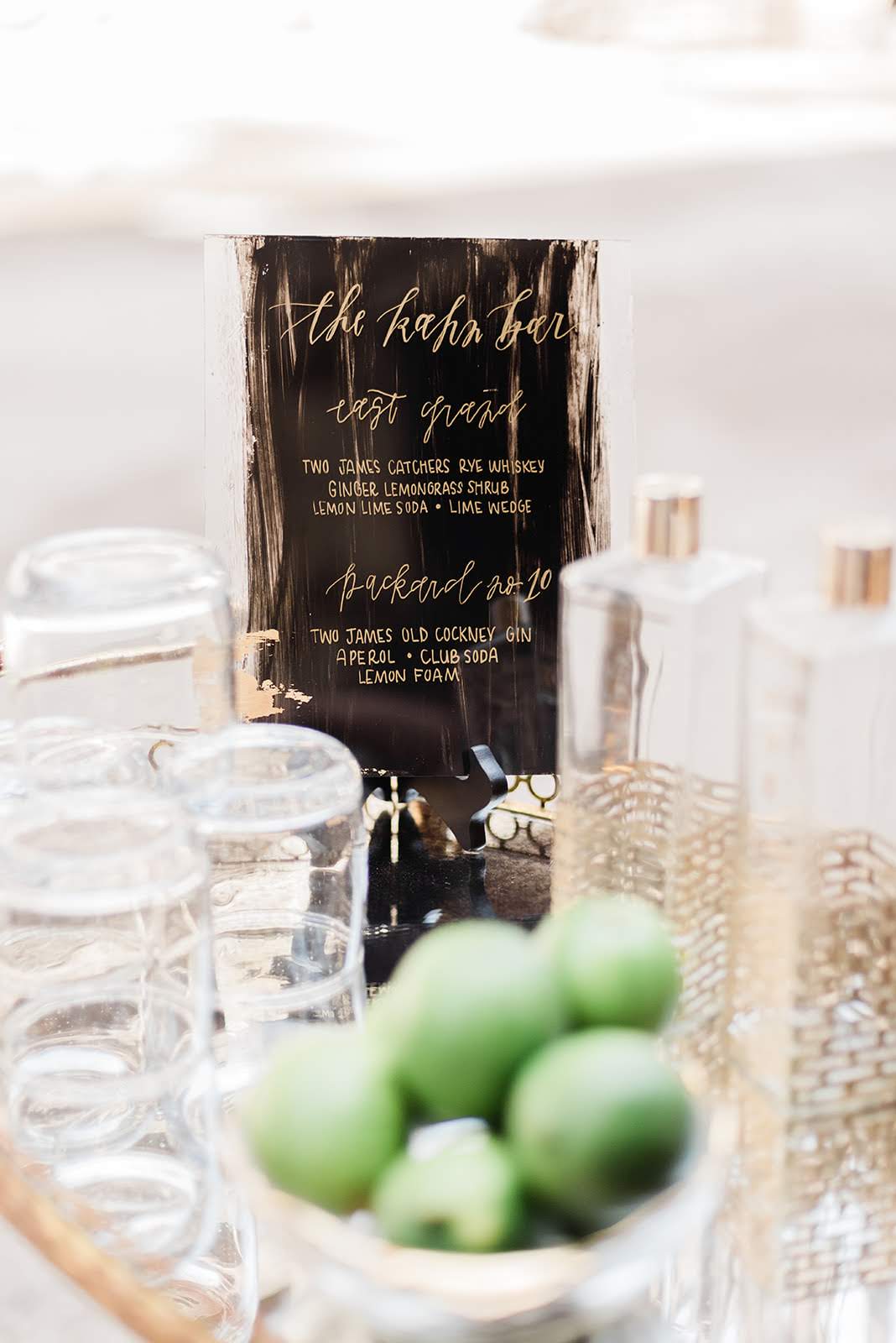 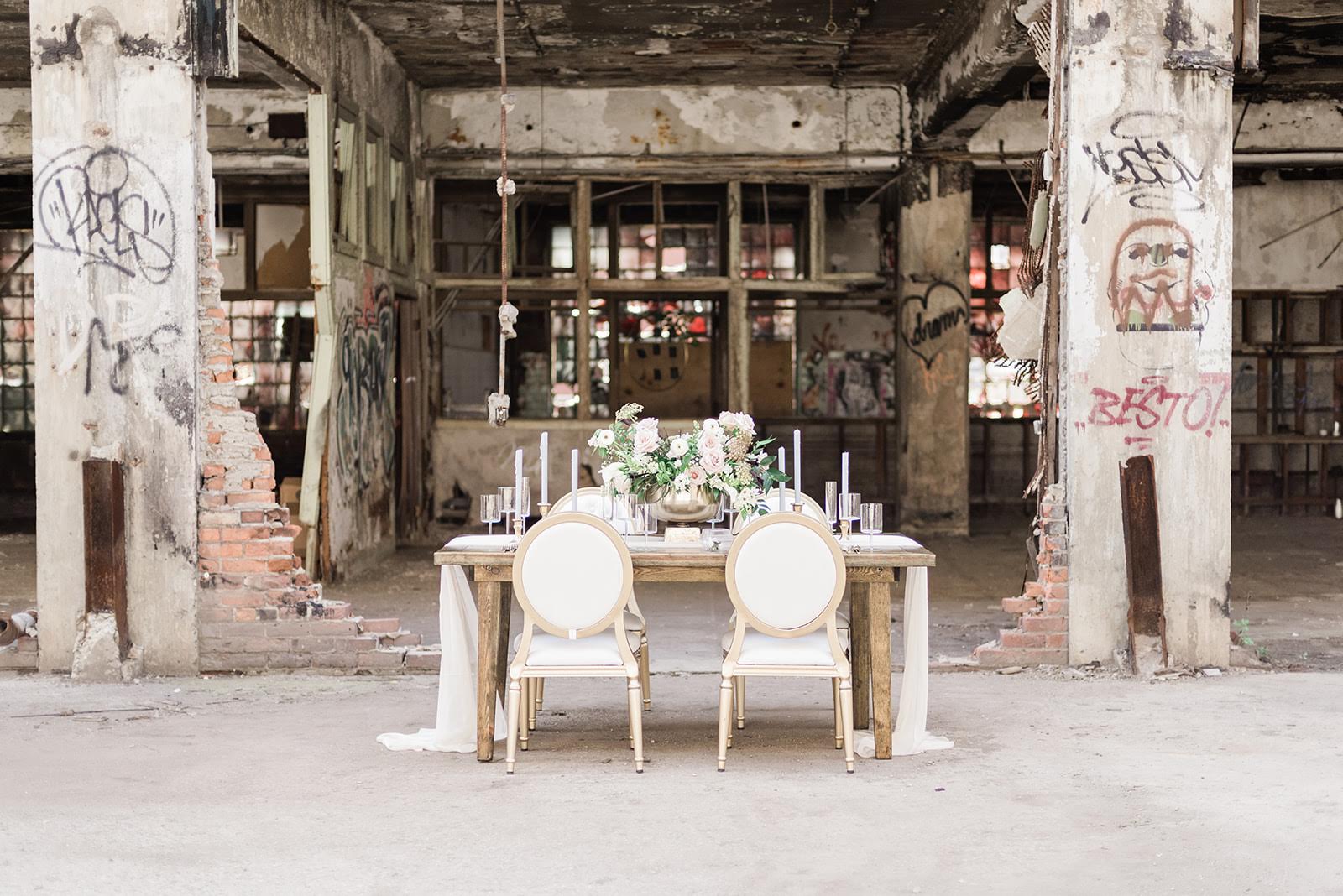 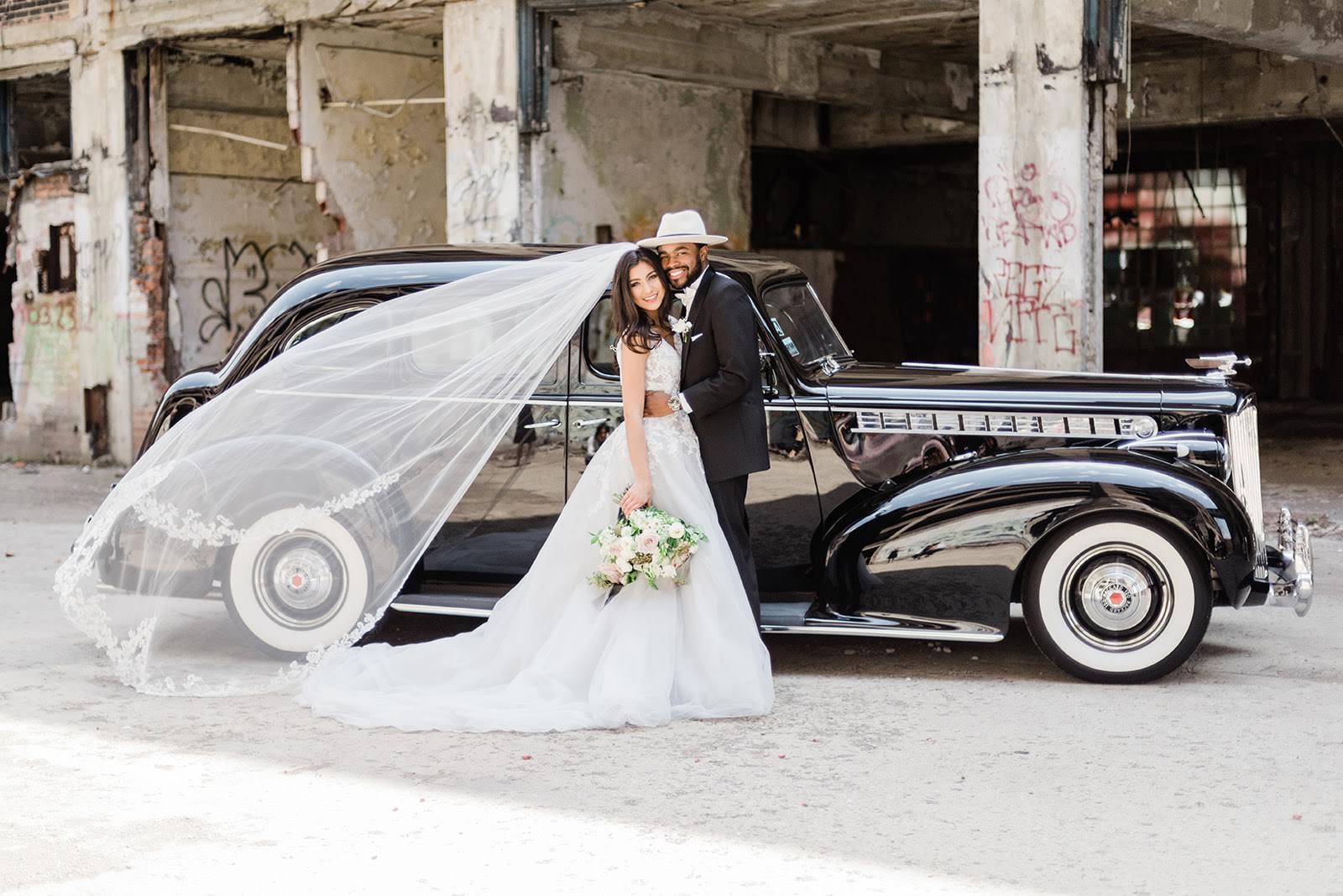 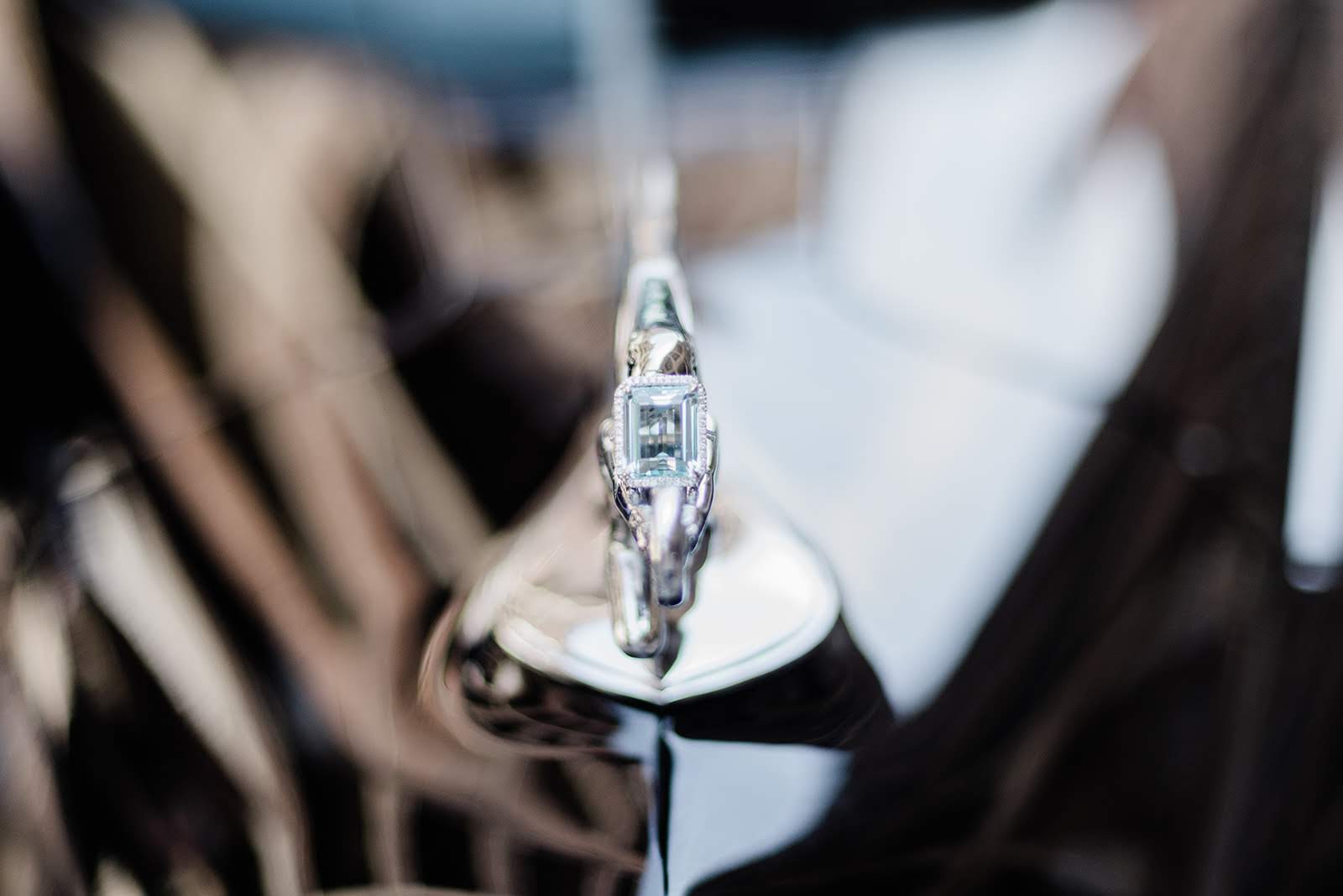 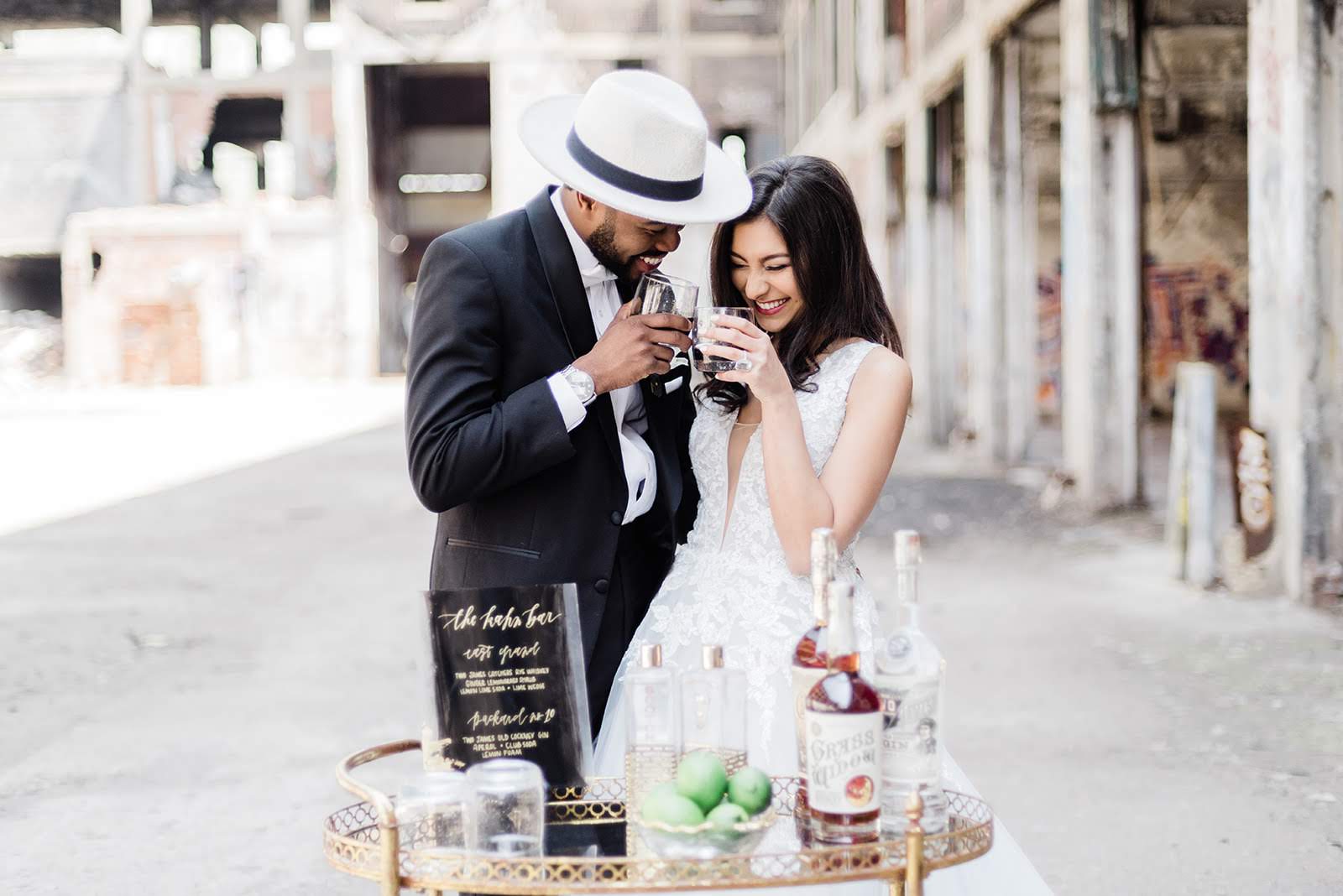 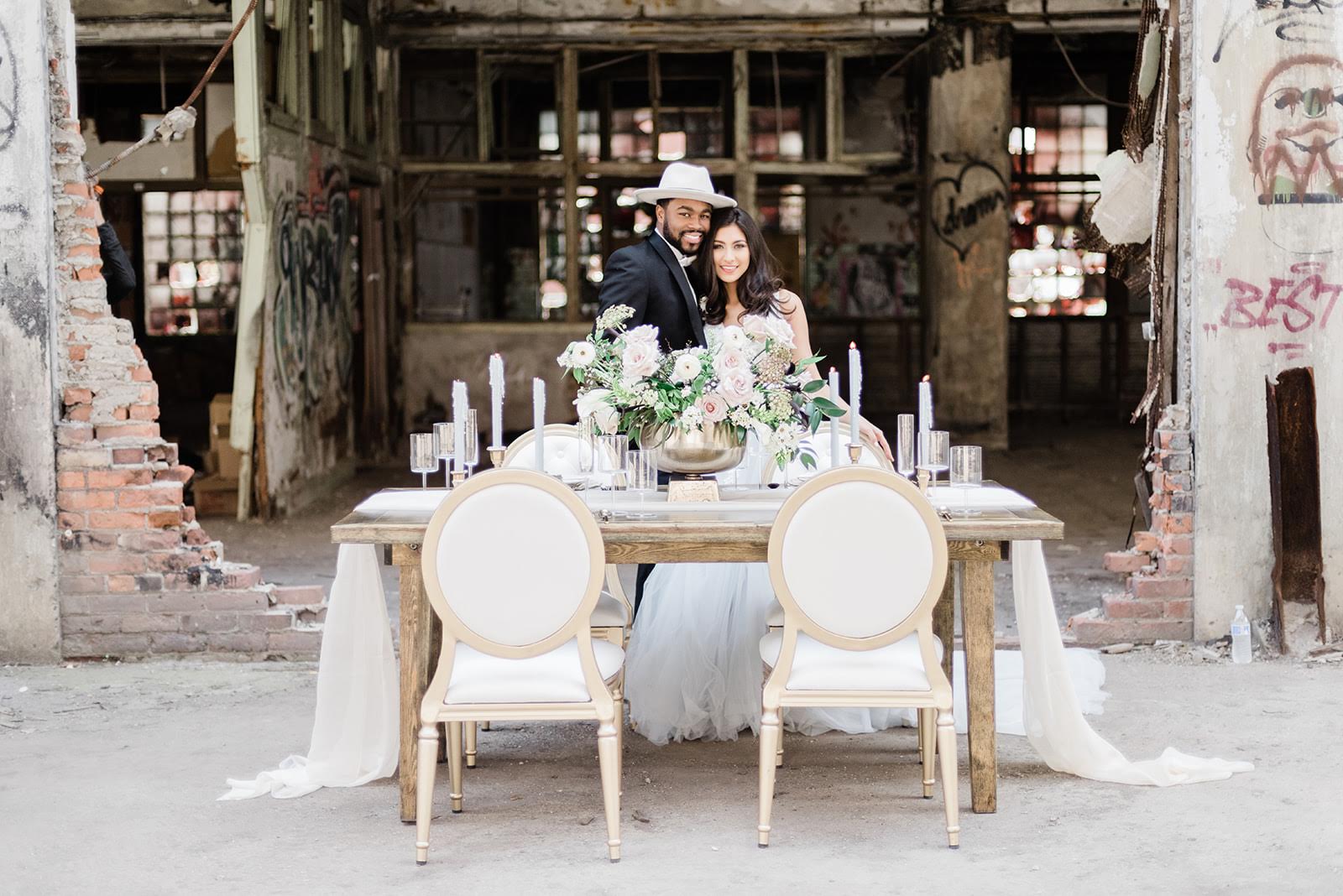 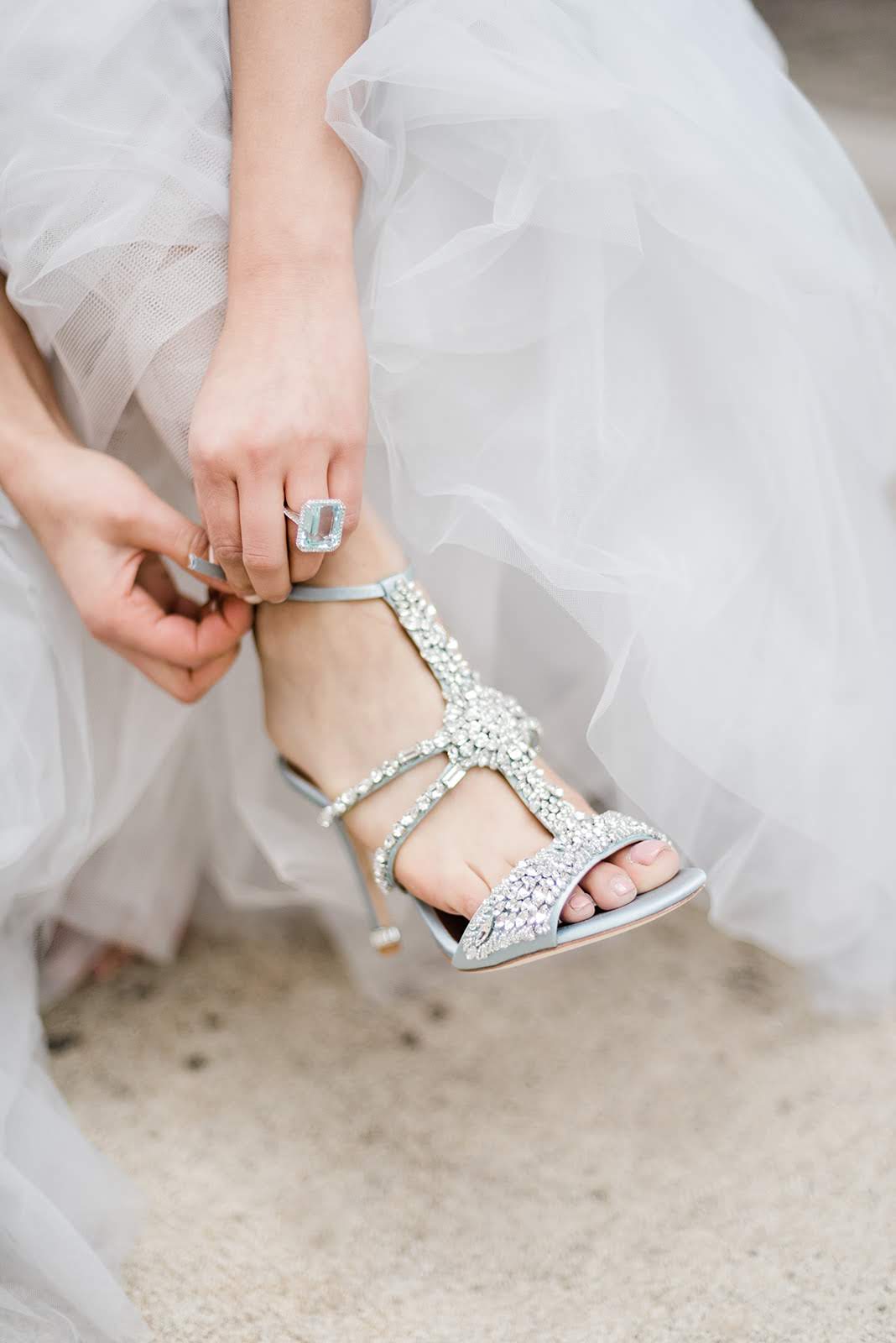 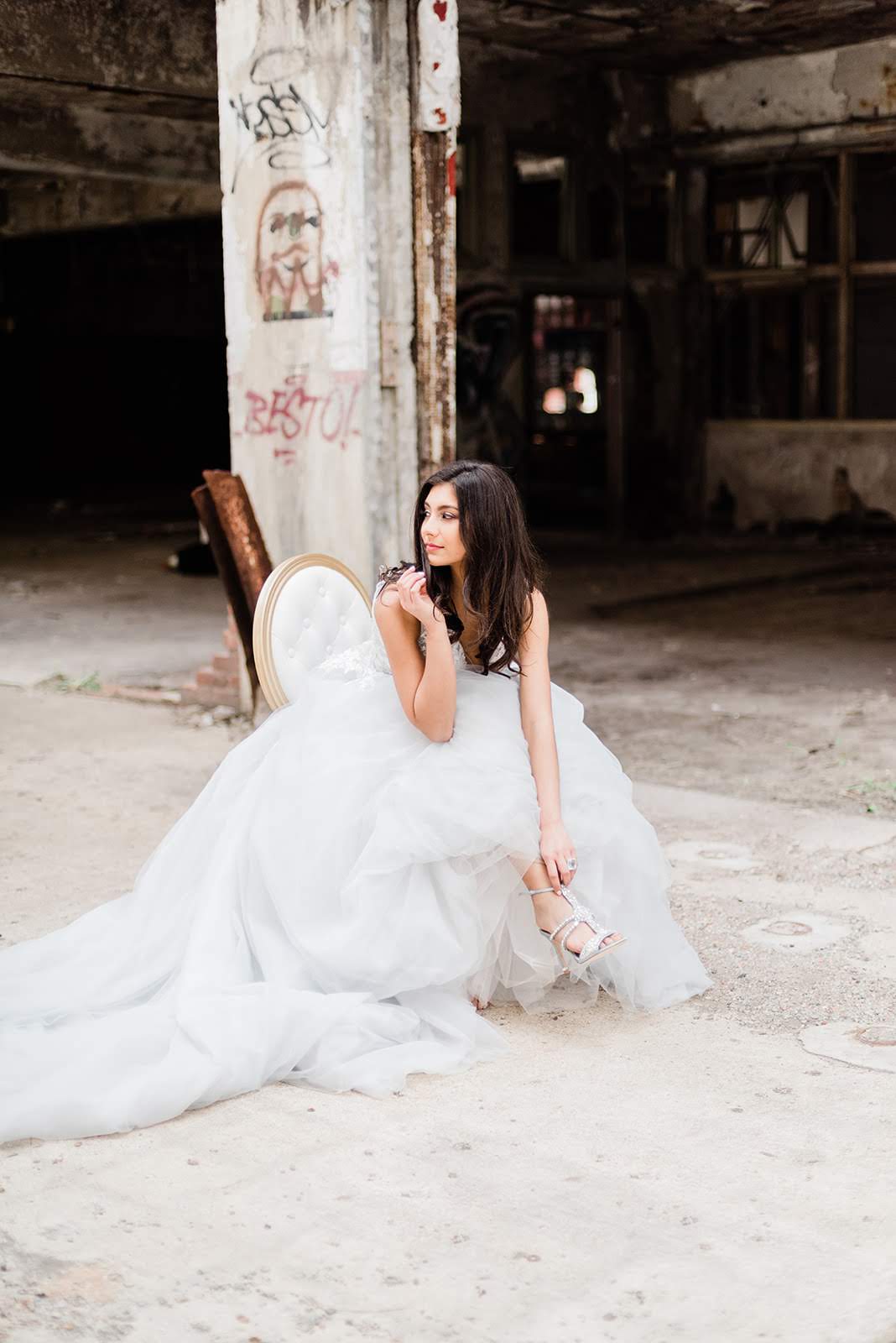 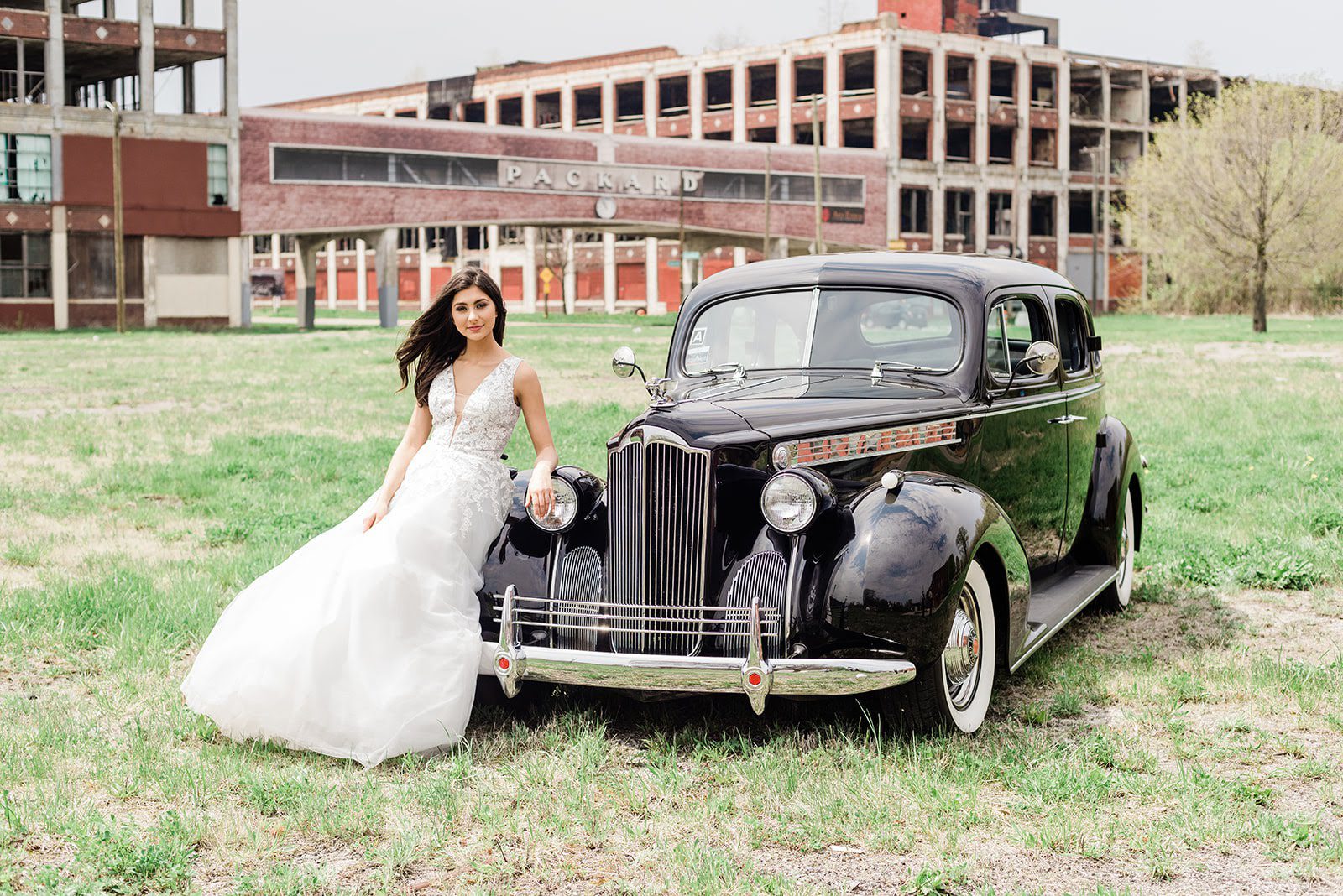 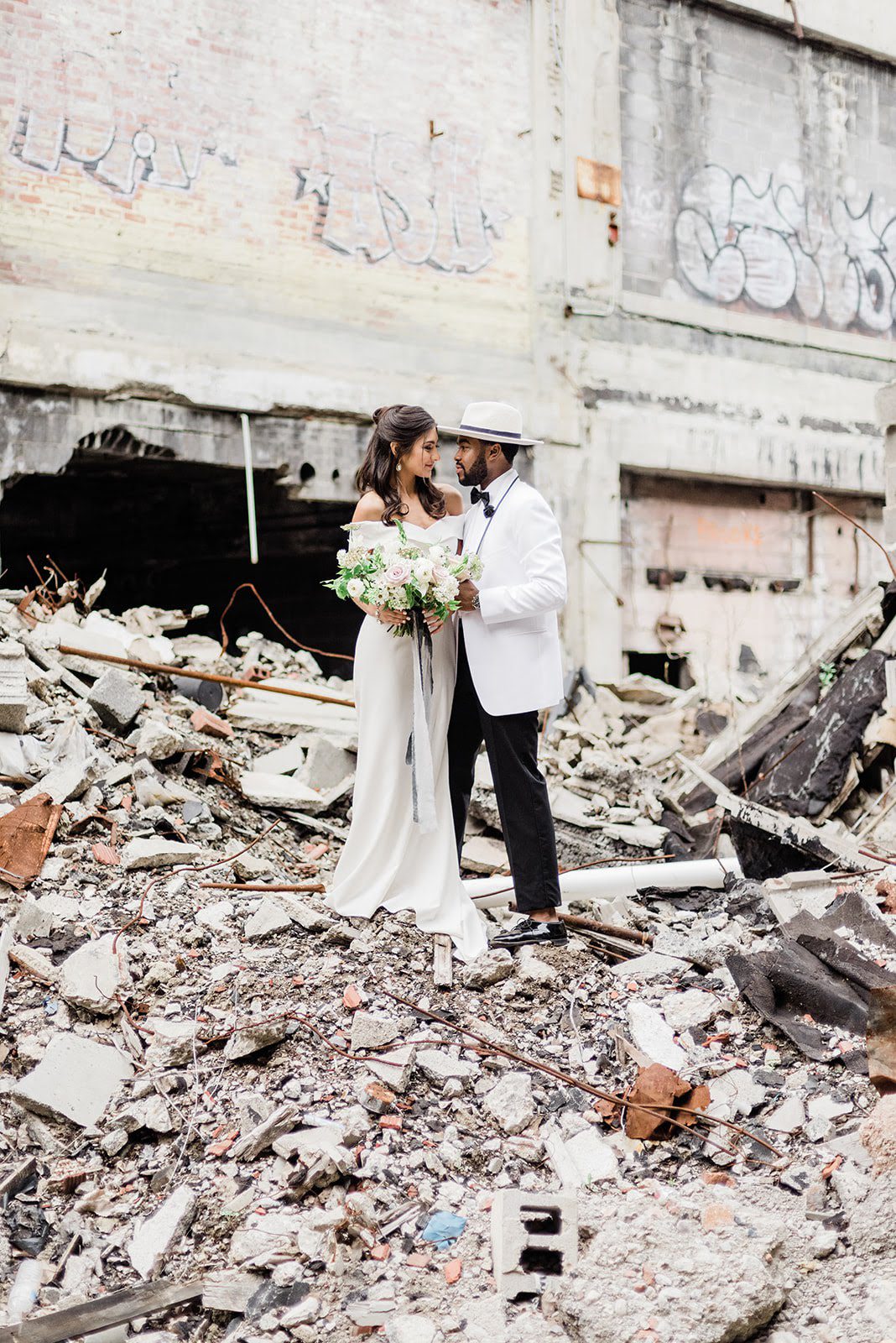 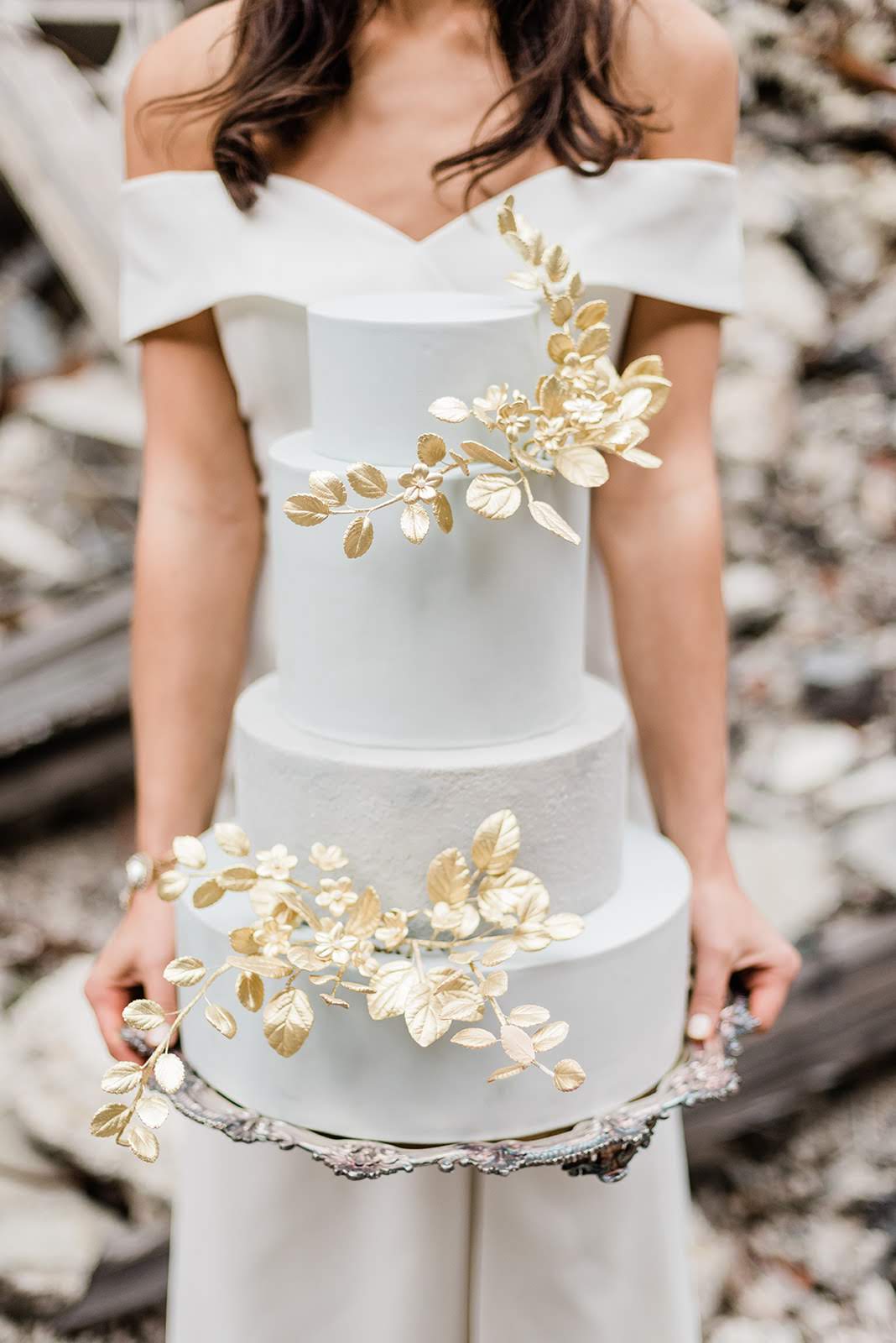 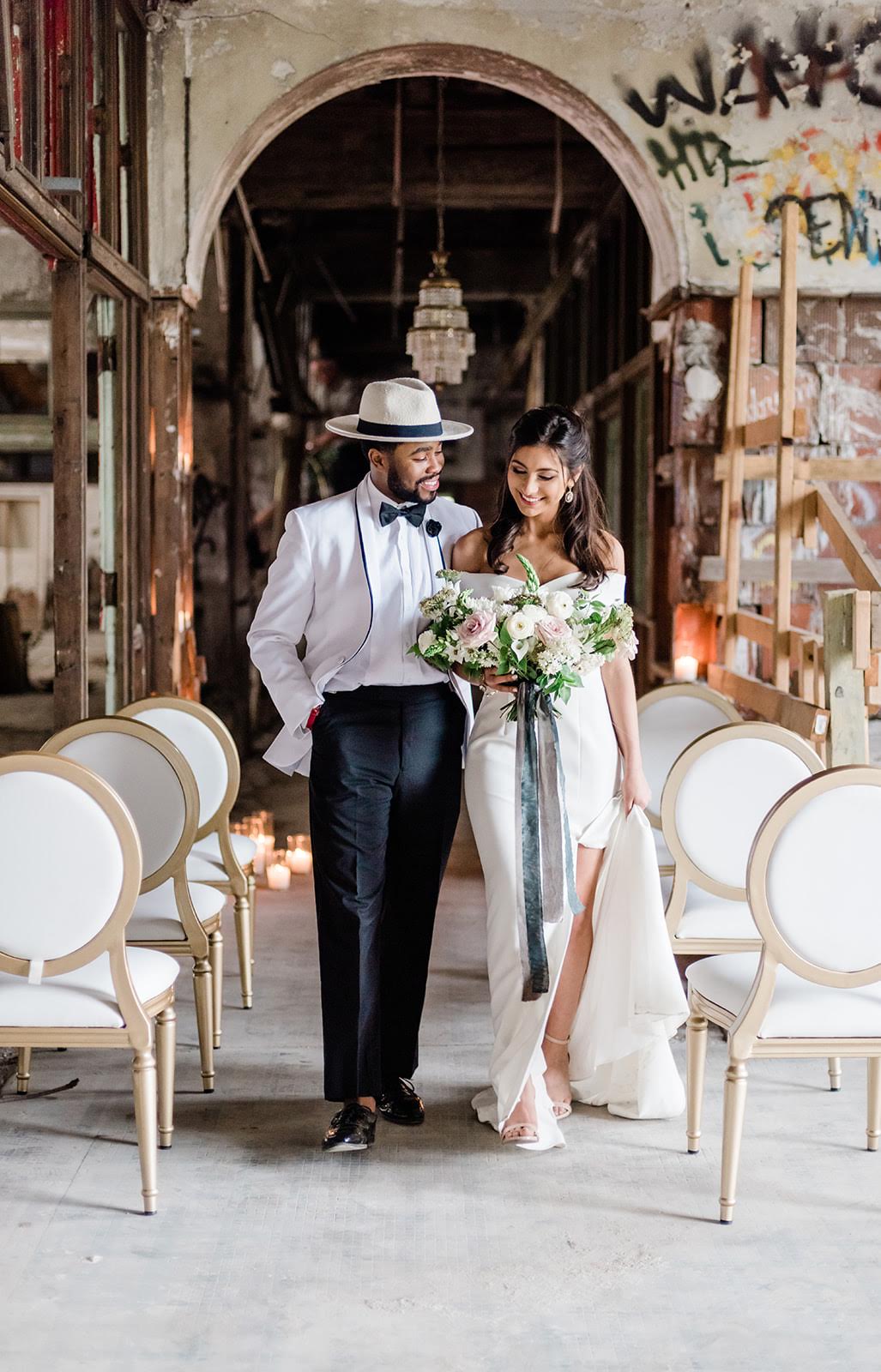 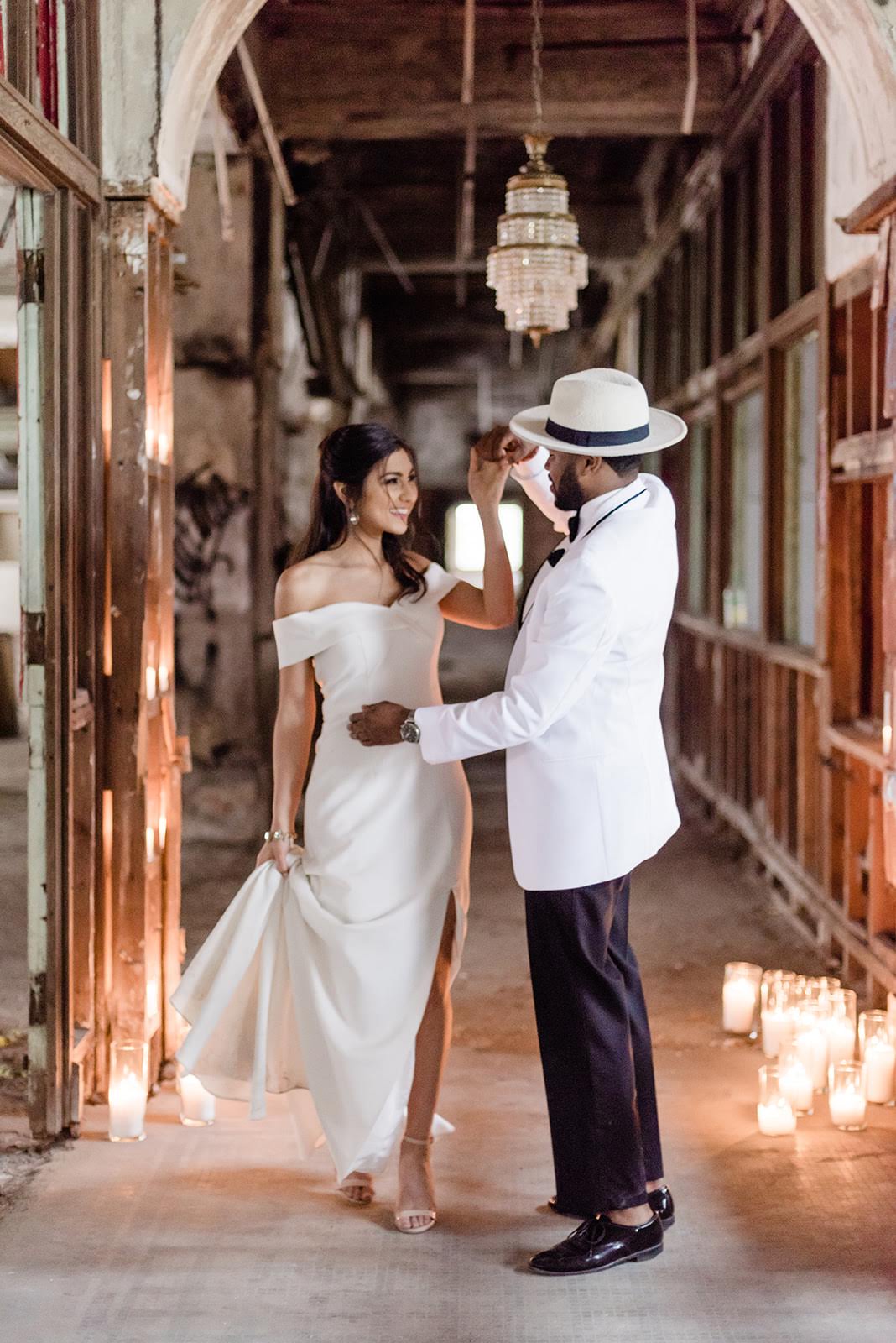 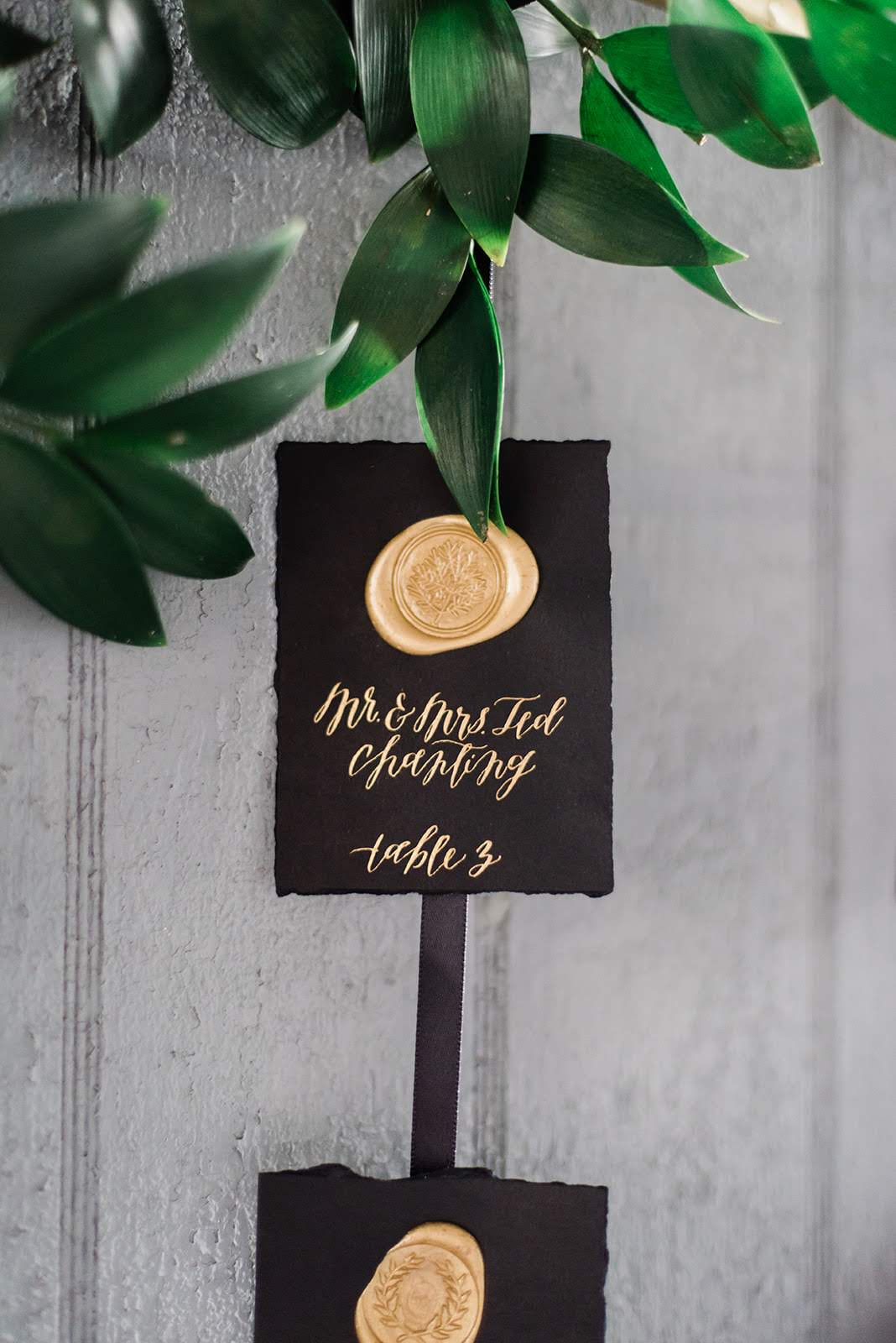 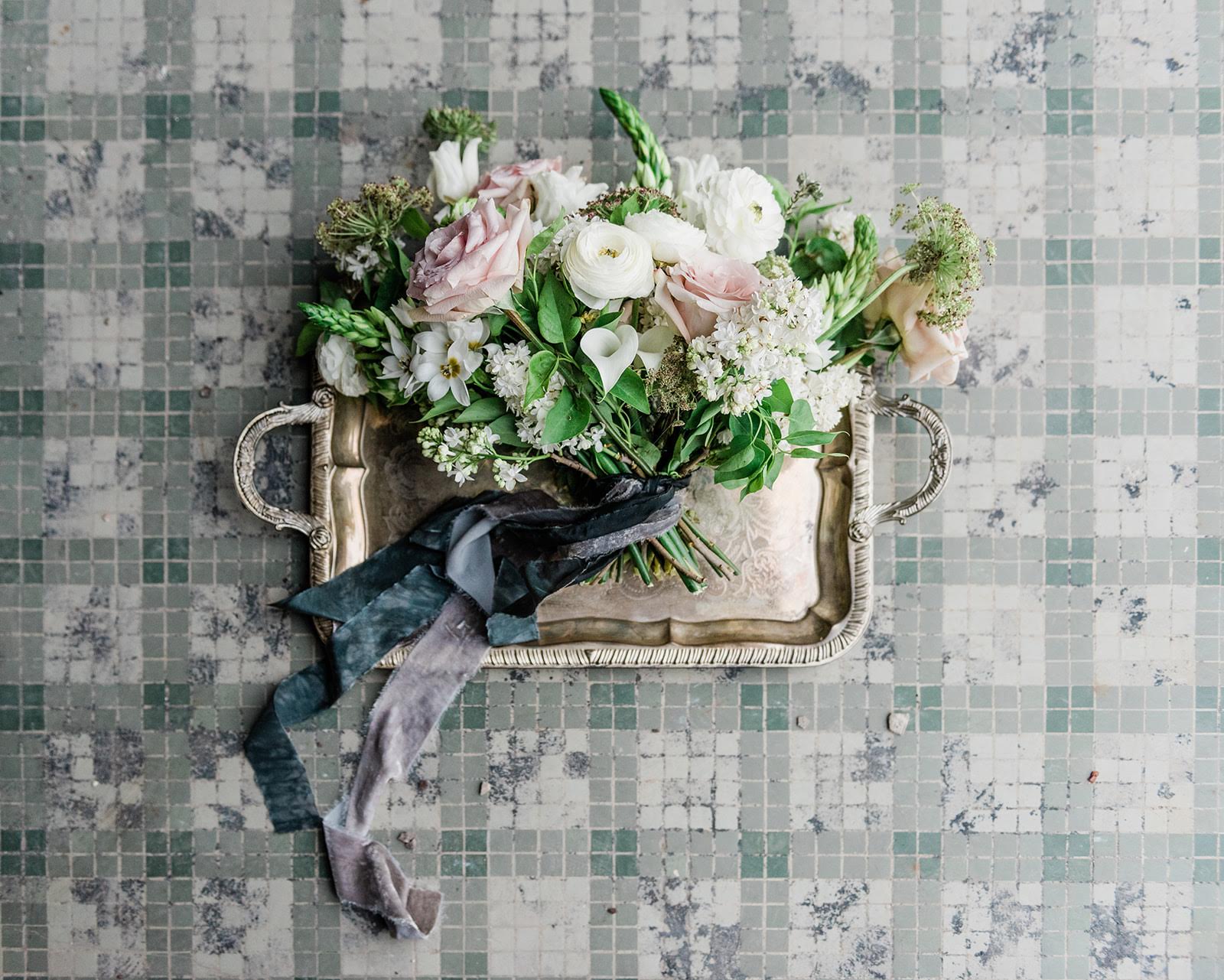 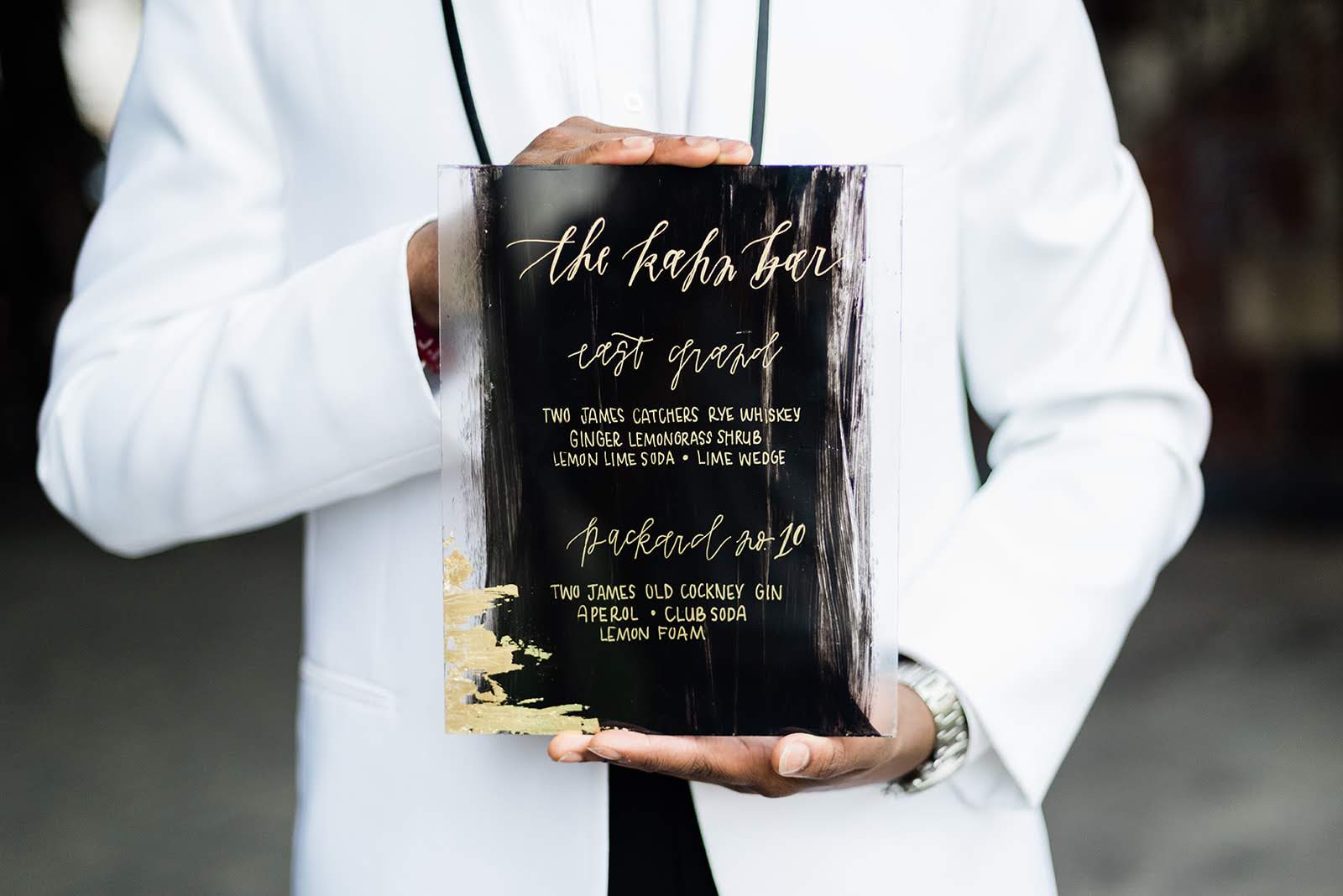 The following is an excerpt from Metro Detroit Weddings Magazine.

The invitation suites are the first indication of what a wedding might be like, says calligrapher Patricia Heffner, so she always foreshadows the look and feel of an event with her custom designs. Working on the Packard Plant project was not unlike doing research for her real couples — the only difference was that in this case, her research was about the history of the plant.

“The idea is to encourage conversation about the unique space where an event is being held,” she says. “I love tying in the history of the space — it’s always such a fascinating story that’s fun to uncover.”

Heffner used acrylic sheets with a hand-painted black background to symbolize an oil slick or tire track, and paired it with gold lettering and edges that, Heffner says, “were delicate, soft, crumbling, and imperfect, but still stunning in its presence and beauty, just like the plant.”

The Packard Plant editorial shoot has been featured in Metro Detroit Weddings magazine as well as Style Me Pretty. Please click the links to learn more about the publications.